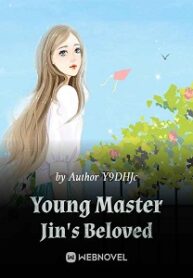 Terminally ill before even reaching the age of 40, Song Nuanyi awaited a gloomy end. Her death just happened to clash with her son’s wedding. Yet, her children, who she painstakingly raised, her mother-in-law, who she served for so many years, and her husband, who she exchanged vows with to love and cherish forever, none of them noticed her. When they finally discovered her corpse, they simply said, “Just bury it.”
Everyone else went on to enjoy the wedding while her funeral was empty with no visitors. No, one person did come. She watched as the person she despised cried his heart out in front of her grave, revealing his love for her. The sorrow in his voice made tears well up in her eyes.
When she opened her eyes again, she had returned in time to the day before her wedding. The memories of her past life were still vivid in her mind. She hurried to the race track and found the man to blurt out, “I’m getting married tomorrow. Don’t you want to crash the wedding? Don’t you want to steal me away?”
The man was stunned before snickering. “Ms. Song, did you hit your head?” She added insistently, “I’m asking you one last time, are you brave enough to come?” The man did not answer but pulled out a credit card instead. “Ms. Song, if something is wrong with your head, go and have it checked.” She took the card and said, “I’ll take this as your betrothal gift.”
Having said that, she left. The man was dumbstruck, as he never expected her to take his card.
News of the self-righteous young lady of the Song family seeking out the capital’s number one playboy, Young Master Jin, spread quickly. Someone asked the man what happened, but he just blew a whistle and said, “Come along with me tomorrow. We have a big business to do.”
Song Nuanyi was anxious because she did not know when he started liking her in their past life. Would he even show up tomorrow?
Character Setting:
Song Nuanyi – self-righteous, aloof, noble young lady
Wu Chenjin – frivolous, dandy, young master

Common Sense of a Duke’s Daughter

I am a Scarecrow and the Demon Lord of Terror!