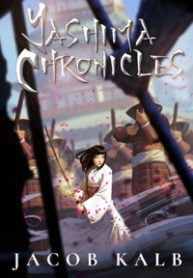 The island nation of Yashima is in chaos. Armies march to war, pitting cousin against cousin in the fight for power. Sword saints hone their craft in battle, growing more deadly even as the tide of muskets flooding the country make the average soldier ever more dangerous.

One woman towers over the era. Known as the blood-soaked flower of the battlefield, it is said that to see her is to risk madness. To fight her is to die. Some even say she draws her power from the blood of vanquished foes.

Listening to the rumors, I can’t help but feel that my plan to secure a comfortable administrative post has somehow gone awry.

The Most Generous Master Ever

Advent of the Archmage