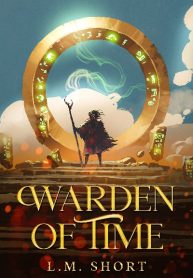 Already on edge from a series of increasingly strange occurrences, student practitioner Juniper Lorn is not surprised to see her fears validated when the world is upended before her eyes.
The literal end of the world, however, had not been on her bingo card. Finding herself one month in the past perfectly safe and sound, even less so.
Faced with an insurmountable task, Juniper must now uncover the secrets of the time loop and find a way to escape and somehow save the universe in the process.
//
A hard progression time loop story with cultivation elements.
Schedule: Wed-Fri-Sun, with occasional extra chapters.
Show more

I Have Awakened The Deduction System