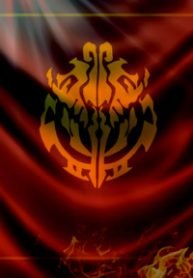 In the wake of the Battle of Katze Plains, the banner of Ainz Ooal Gown flies proudly over the city of E-Rantel. The Sorcerous Kingdom has entered the world’s stage to the clamour of death and devastation; the surrounding nations fearfully prepare even as they reel from its calamitous debut. Within the borders of the newly annexed realm, its Human subjects cower in their homes as the Undead openly walk the streets and stalk the lands. Yet, when a destitute noble finds herself under the auspices of an unlikely benefactor, events are set into motion that will resound over the world for ages to come.

A kingdom builder based on the events and setting of Kugane Maruyama’s Overlord. In a fantasy world where beings of matchless power are transmigrated from the arbitrary existence of a game, Valkyrie’s Shadow chronicles the lives of the natives whose reality has been turned upside down by their advent. It is the tale of a nation created by the whims of a supreme sovereign, and his unstoppable servants who each have their own, often twisted, interpretations of their Master’s Will.

There is no victory in strength; no miracles wrought from magic that will save them: only the inexorable advance of a new world order where those who secure a place of service within will find themselves turned against the world that they once knew.

I’ll Come Clean! I Am The King Of Lolan!