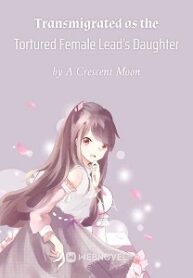 My mother is the sweet, silly, and innocent protagonist of an angsty novel.

My mother was the substitute for the overbearing CEO’s unrequited love interest who ran off when she found out she was pregnant.

As for me, I’m nothing special. I’m just the child prodigy who became a hacker at the age of five.

Genius hacker Gu Chu found herself reborn in the pages of a tear-jerker book.

She had been transformed into a cute little five year-old. Her mother was the tragic female protagonist while her father was the uncultured, boorish male protagonist. There were also a gaggle of hostile, opportunistic relatives and a pretentious, seemingly-virtuous but vile-hearted aunt…

What bad intentions could a five-year-old have?

She just wanted to protect Mama.

The man who had hunted her across half the globe in her previous life suddenly appeared.

As he stared at the weeping little doll-like child in her princess dress, the man fell silent for a long while.