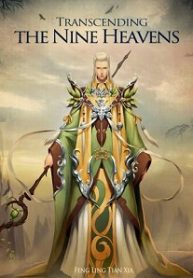 After witnessing the death of all his ambushers, Chu Yang’s vision began to darken. At a distance, moments before his death, he saw the mastermind who had plotted his downfall — Mo Tian Ji. With that, his eyes finally closed.

However, with a start, Chu Yang once again awoke to find that he had returned to when he was sixteen years of age! Furthermore, the Sword Spirit of the Nine Tribulations Sword now resided within his Dantian, the energy center of his body! From that very moment, Chu Yang would then begin to right all of his past regrets, and carve his very own legend by fulfilling his destiny as the final Master of the Nine Tribulations Sword, and defeating the Heavenly Devils beyond the realm of the Nine Heavens Continent.

Rebirth on the Doors to the Civil Affairs Bureau

The Record of Unusual Creatures