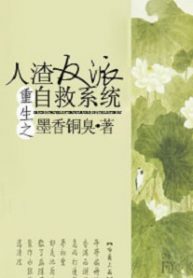 Shen Yuan is reborn into a young man and scum villain destined to die, Shen Qingqiu.

But it must be known that the original Shen Qingqiu was sliced alive by his disciple, Luo Binghe, into a human stick! A human stick!

“It’s not like I don’t want to hug this main character’s thighs, but who let this fucking man be so black. The revenge that needs to be taken is some thousands of deeds!

Why is all the romance that should be going to the women in the plot imposed on him?

Why as a scum villain, should he still have to block gun and knife for the protagonist and sacrifice himself?

He wants to prove – even scum villains can live, and live coolly at that!

This is the story of a master and disciple’s everyday unknowing, very strange, dog-blood process of falling in love.

It’s also a scum villain’s firsthand account of the male protagonist turning from a small white sheep into an overbearing black king, sort of story……

Loved By An Older Man