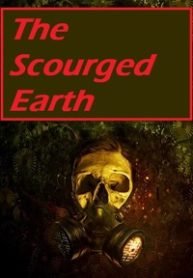 Derrick is no ones hero.  He is barely dealing with his mundane life when all of humanity is forced to confront the extraordinary. Overnight, all across the world, mysterious machines appear. They offer people the chance to purchase almost anything they can think of. Weapons, medicine and even super human abilities are offered, seemingly for free.

But following these machines, come the Scourges. The most dangerous creatures, diseases and machines that infest the universe. Ever growing and battling, these empires of horror and hunger will overhelm and devour the Earth and its inhabitants. Unless Derrick and humanity can stand against all the horrors that battle between the stars.

My first Story, an attempt to turn the standard fantasy litrpg apocalypse into a Sci Fi. Trying for a slower build to power for the MC, so don’t expect him to have cheat powers. I delight in helpful crticism so no holding back plz.

Empress Running Away with the Ball

Way of the Devil