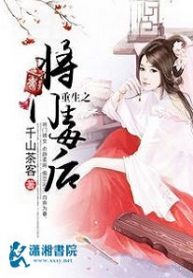 Shen Miao, the Di daughter of a military lineage, pure, amiable, quiet and yielding, foolishly in love with Prince Ding, threw herself into the role of a wife.

After assisting her husband for six years, she finally became the mother of the world (Empress).

She accompanied him to fight for the country, flourished the country’s territory, took risks to become a hostage in another country. When she returned five years later, there was no place for her in the Inner Palace.

The beauty in his arms smiled brightly, “Older sister, the country is stabilized so, you should retire.”

Her daughter met with a violent death and her son the Crown Prince was deposed. Her Shen family who sacrificed themselves for the country and the Emperor, not a single one of them were lucky enough to escape. With the change of one dynasty, everything was overturned. Her clan perished and she had to mourn for her children.

Shen Miao never thought that being a married couple who have gone through trials and tribulations and mutually assisted each other was just a stage joke to him!

He said, “Seeing that you have followed Zhen for twenty years, Zhen will grant you an intact corpse. You should thank this kindness.”

Under the three Chi (1 chi = 1/3 meter) of white silk, Shen Miao made a malicious vow: In the time to come, she will take part in each and everyone’s end!

Upon rebirth, she returned to the time when she was fourteen, when the tragedy had yet to occur, her family was still alive and she was still the pure, amiable, quiet and yielding Di daughter of a military lineage.

Relatives hiding a black heart, Elder and younger (female) cousins are ruthless and malicious, the new Yiniang is like a tiger watching its prey and the disreputable man who wants to repeat the events?

Her family must be protected, the huge enmity must be avenged, the Imperial seat of the country must also be a part of the trophy. In this lifetime, let’s see who can beat the others!

But that little marquis from the Xie family, the arrogant and obstinate spear wielding youth, stood biasedly at her side and proudly said, “It’s just the fall of the Imperial power. Remember this, the world belongs to you. You– Belong to me!”

You’re reading Chinese web Novel  The Rebirth of the Malicious Empress of Military Lineage on Novelete.com. We will have 231 Chapters (Completed). Thanks!

Transmigrated As A Delicate Bundle Of Luck For A Farming Family

To My Dear Mr. Huo

The Beautiful Wife of the Whirlwind Marriage