The Ogre’s Pendant & The Rat in the Pit (Completed) 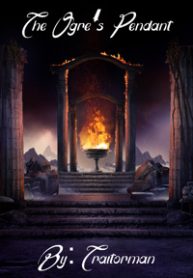 The land is conquered.

A thief and a demon killer run afoul of its new overlord and the wizard that serves him. Now the wizard seeks his life’s ambition, an artifact that will make his word law. Hearing this, the demon killer and thief begin to have ambitions of their own. The race is on for who will reach the artifact first, and an entire barbarian horde is in the running.

Yet the prize lies within the Forest of Giants, grown from the corpse of an empire.

All stories and characters – including The Ogre’s Pendant and The Rat in the Pit – written by Traitorman are created by and are the intellectual property of J.M. Clarke

The King of The Worlds