The Many Lives of Cadence Lee 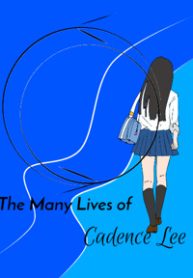 Cadence Lee thought she was a normal girl, perhaps a little well to do, but not exceptionally so.  She had her college classes, she had her job that her uncle gave her, and she had a nice boyfriend who was sweet if a little awkward.

Except, when a mugger accosts Cadence and her boyfriend attempts to wrestle a gun away from the criminal, Cadence ends up shot.  A normal girl, with the kind of wound Cadence had, would die.  Cadence managed to do that part.  But a normal girl wouldn’t then open her eyes again and learn that death is not as permanant for her as it is for other people.  She can be reborn again, and again.  Each time stronger and with new abilities.

The catch?  Any world she is born into, she can never return to.  She has infinite lives, but only one life for each.

So begins The Many Lives of Cadence Lee.

[participant in the Novelpie Writathon challenge]

You Are My Unforgettable Love