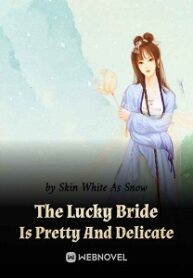 Liu Sanniang was reborn. When she remembered her lonely end, she decided to get married in this life no matter what.
She only wanted to marry an average scholar, but who knew that the tall and striking future general, Chu Yan, took an interest in her.
The first time they met, she was too shy to look up at him.
The second time they met, he sandwiched her against the wall and said, “Are you afraid of me?”
The third time they met, he squatted down and said, “Come on, I’ll carry you.”
***
After meeting a few more times, he came to ask for her hand.
However, he was at least two meters tall and muscular. She feared that he might squash her to death!
Once they got married, Chu Yan strode over to her and ‘forcefully’ grabbed her hand, ready to pass his life savings to her. Yet, his delicate and beautiful bride fainted out of shock…
Liu Sanniang then realized that being with her ‘scary’ husband meant living peaceful and leisurely days, so her eyes narrowed as she grinned.

My Identities Were All Exposed After I Was Pampered by Everyone at My Grandfather’s House!

Loved By An Older Man