The Essence of Cultivation 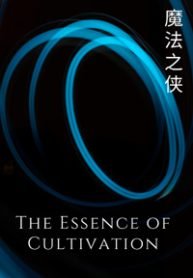 After experiencing five years of an adventurer’s life, Arcanist Sylar Spellsight now spends his days catching up on developments in Essence Studies and teasing apart the functions of arcane trinkets and artifacts discovered by him and his companions throughout their time travelling the realms of Resham. An unexpected accident during the study of his latest subject of intrigue, however, displaces him across the Planes beyond what any known spell is capable of achieving.

Now finding himself lost in a realm rich in previously-limited Transcendental Essences, however, does he truly even want to return back to his old world? If nothing else, plagiarising – ahem, learning new spell structures by observing the local mages should prove entertaining. Sure, he will face new dangers in this foreign world, but they wouldn’t be anything a fancy bit of spellwork couldn’t solve.

Confused though he may be by this ‘cultivation’ business that the local mages practise and their lack of appreciation for the finer details of Essence manipulation, he nonetheless discovers that perhaps there are hidden depths to both their arts that each side has yet to fully realise.

I Can Turn into a Fish