The Calamity of a Reborn Witch 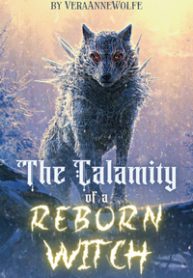 I do not consent, nor give permission for any website to repost this work. If you find this work on any other website beside Novelpie, Patreon, and WordPress not posted by my username (Vera Anne Wolfe) please send the link my way. This is an abuse of my rights as the author and creator and I will be reporting all such websites via Google’s DCMA. Including this notice for those websites that think “it’s okay to post, but we’ll take it down if the author asks us to”. IT IS NOT OKAY.

**WARNING: The following story contains DARK, TRAUMATIZING elements that may not be appropriate for young viewers or those who struggle from traumatizing events. If you’re not good with mature content, regardless of your age, this story is not for you. You have been warned. It’s nowhere near as bad as GOT but it has dark shit. Again, you have been WARNED. Plenty of other less dark webnovels to safely read. **

**Additional Warning: A minimal amount of LGBT content is included in this story. There is no TAG for this so I’m including it here. If that makes you uncomfortable, go ahead and give it a pass. **

An Isekai, Fantasy Regency, Thriller with Witches, Gods, and plenty of Drama and Betrayal.

What if you knew the future? But what if that future was not yours?

After a gruesome death, Carina was reborn in Lafeara as Lady Maura, the unwanted “half-blood” of an impoverished noble family. The previous Lady Maura was publicly executed as part of a conspiracy to conceal the murder of Queen Eleanora.

With Maura’s memories to guide her, Carina prepares to follow her predecessor’s path into the palace as part of the Selection to become Crown Princess Eleanora’s lady-in-waiting. Her meticulous years of planning and preparation to ensure her survival, fulfill Maura’s revenge, and avert the oncoming Calamity will require every ounce of courage, cunning, and intellect she can muster.

Because Carina has more than one secret which she can not reveal—her true identity among them—but even more treacherous is her frozen heart and the ice magic that comes with it.

After all, they still burn witches in Lafeara.

The problem with changing the past is that the future changes with it.

Although Carina survived the Selection and earned a place in the palace beside the Crown Princess, her battle to change the future and protect Lady Hana, the future Queen’s favored lady-in-waiting, is far from over.

As Carina becomes further entwined in the hidden witch covens of Lafeara, their history and magic unravel a dangerous secret long forgotten by most. It is not just Maura’s memories that threaten to shift the balance of Carina’s carefully laid plains but her own forgotten past as well.

And the more mysteries Carina uncovers, the fewer allies she finds standing on her side. Everyone wants something, but the most dangerous players in this game of mortals and witches are the gods themselves, who have their own sordid plans for Carina’s frozen heart.

As the annual Royal Hunt approaches, so too does the first signs of the devastating plague Carina foresaw in Maura’s memories. The once lady-in-waiting to the Crown Princess now finds herself in a far better position to steer Lafeara’s future. As allies become enemies and old enemies form alliances for survival, Carina finds herself pulled into the shifting political struggle between Lafeara’s powerful nobles and secret witch covens.

But there is still a chance that Carina and Hana might just make it through the oncoming calamity—that is, if the future doesn’t shift too far from the previous timeline. As the Duchess of Winter dons her armor and prepares for the Crown Prince’s coronation, another attempted assassination, a witch-born plague, and the approaching forces of Pope Jericho and his Witch Hunters, only one thing is certain.

The gods themselves are pulling the strings of fate to force the future Carina has fought so hard to change back towards its inevitable conclusion. Now Carina, like Maura, must face the chains of her own mortality—or completely break free.

Even for a half-blood blessed/cursed with the immortal heart of a god, power comes at a cost.

Picked up by the Protagonist of a Tormented! MC Novel