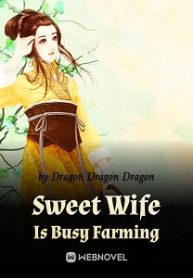 As soon as she transmigrated, Ding Yao became a mute that was kicked out by her stepmother! It’s okay, don’t panic. She had a fiance who was willing to pick her up. However, her fiance’s family had very bad luck. Today, someone got injured. Tomorrow, the chickens were dead. The day after, there was no more rice to eat…Ding Yao: “Have I been possessed by an unlucky god?” Seeing that her younger siblings were about to starve, Ding Yao’s naive and innocent fiance comforted her. “It’ll be fine, Yaoyao. I’ll go hunting in the mountains tomorrow. I won’t let you starve.” Ding Yao glanced at his broken leg and knew that the credibility of his statement was low. If one relied on the mountains, the mountains would fall. If one relied on others, others would fall. Ding Yao rolled up her sleeves. Well then, let’s make fortune with our own hands! Thinking of the 21st century which she transmigrated from, she has superb medical skills. It was not a problem to treat illness and injuries. Not to mention, she had a system which allowed her to have her own medicine field. It wasn’t a problem to get rich! Under Ding Yao’s leadership, her fiance’s family leaped from being the poorest family in the village to the richest in the country in only three years. The days got better and better, but those who looked for trouble also increased…One night, a familiar assassin dressed in black appeared. Ding Yao was in a daze and thought, ‘Do I deal with this with silver needles? Or poison needles?’ At this moment, her weak fiance stepped forward and pulled her into his arms to protect her. “Don’t be afraid, my darling! No one will hurt you while I’m here.” Ding Yao was confused. Then, she was shocked when her weak fiance kicked the black-clothed assassin. This man had pretended to be weak in order to gain the upper hand!