Surviving the Succession (A Transmigration Fantasy) 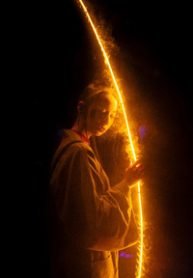 Kayla is a burned-out college graduate who’s neck-deep in student debt, stuck in a minimum-wage job, and about to be evicted from her apartment. One morning, she abruptly wakes up in the body of a short-lived villain from a web novel set in Ancient China. Now, Kayla has to deal with living in the body of a man while trying to survive as the doomed political rival of the Seventh Prince. She’d rather roll over and play dead than take on a fight, but fate and the Imperial family seem to have different plans for her. Caught in a web of political intrigue and backstabbing amidst a succession struggle between the Imperial Princes, it will take Kayla every ounce of wit she has to stay alive.

A political fantasy set in Ancient Chinese with elements of magic, transmigration, and time travel. This story will be updated every four days.

Beauty and the Bodyguard