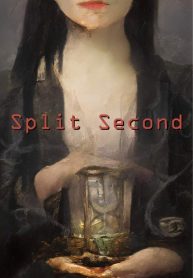 [Earth] has finally reached the minimum level of ambient mana that is required to support integration into the wider cosmos. According to scans, [Earth] has one species capable of higher reasoning and thought. That’s a higher number than [ERROR]% of planets! If you can understand this message, then you must be part of the species [Human]. Lucky you!

IF YOU ARE NOT PART OF THE SPECIES [Human] AND ARE RECEIVING THIS MESSAGE, CONTACT YOUR DESIGNATED LOCAL SUPPORT HUB WITHIN THE NEXT [8] SECONDS.

To support the integration of [Humans] into the greater cosmos, the… [ERROR]

To support the integration of [Humans] into the greater cosmos, the System has been made available to you! Yes, you! As well as all other [Humans], but also you! The System will help you integrate mana into your [carbon-based flesh bodies], as well as taking on the burden of datamining your [brains] and determining what your affinities are. This process has a [68%] casualty rate when performed on [Human] simulators. You’re welcome!

NOTE: Due to a lack of data on [Human] affinity compatibility, the System has provided a series of tests and challenges to weed out inefficient affinities before official integration. There are even puzzles! Fun!

NOTE NOTE: [Human] simulators have shown that most desirable reactions occur when the System is using Language Filter [387-B]. This filter is meant to encourage positive reactions in [highly empathetic] [needy] [easily scared] [squishy] living organisms. Look how you’re being taken care of! Wow! Please share your positive responses with other [Humans].

Kira was… in the middle of something when the System came. Now, she is conflicted. On the one hand, apocalypse and end of life as she knew it. On the other hand, life as she knew it wasn’t – well, it wasn’t something she wanted to continue. She feels like she should be sad, or maybe angry is the right response? Kira’s never been good with feeling how she is supposed to, but she knows that ‘happy’ definitely isn’t the right answer. But, come on, the System prompt definitely mentioned mana, which means magic. Who wouldn’t be excited about magic? And affinities seem to be tied to it. Kira hopes she’ll be able to do something cool with her affinity, which is… Time?

Time magic is fun, and I did put the Time Travel tag on here but know going in that it’s a ways off. We’ll start with time shenanigans pretty soon though. Cover art generated by me through Dream by Wombo.

The Calamity of a Reborn Witch