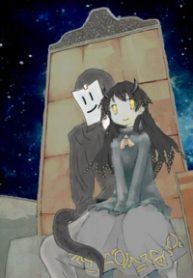 “At this point, humanity has already lost control over its own destiny.”

If even a normal college student like Jayce could say such a thing, then things were obviously pretty bad. In Jayce’s case, by the time he understood this truth, he had already been enslaved by another race and put to work as the subordinate of a noble’s daughter. There, he was given a chance to reflect on a conundrum. Which felt worse? Being summoned to another world as someone else’s gacha prize, or learning that in this world, humans were nothing more than C-Rank trash.

Follow one young man’s journey as he struggles from pitiful slavery to reach heights he never could have imagined.

My Girlfriend is a Zombie