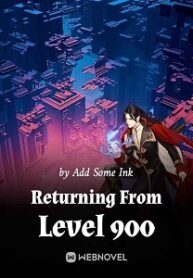 The World Tower had unimaginable wealth and treasures inside it. As long as one made it to the higher levels, they would rise above the common folk and enjoy a glorious life.
The tower had 1000 levels. Some said that one could obtain all the wealth in the world if they reached Level 1000. Others claimed that beyond Level 1000 was a beautiful new world or even heaven. Some people said that one could obtain the abilities of a god. Others claimed that any wish of theirs could be granted.
The current most powerful team in the world made it to Level 929, where no one else had ever made it to before. They still ended up being wiped out tragically. The members of the team placed the unique treasure they obtained on the body of their captain, Wang Wen.
Wang Wen managed to survive.
However, he was sent back 20 years ago.
With his previous life’s emotions and experiences in a new life, Wang Wen stood before the World Tower, calm and determined.