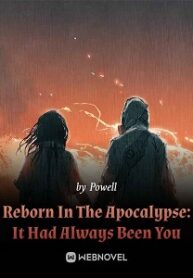 # SCI-FI
Su Shanshan died a violent death eight years into the apocalypse but somehow, she opened her eyes to find herself reborn. Time had turned back to the day before the apocalypse.
Having the chance to start over filled her with hope. Having lived through the bloody violence of the apocalypse, she now had the skills and knowledge to survive and thrive in the end times. She would repay the man who gave his life trying to save her even though she broke his heart.
The big brother whom she had reviled in her previous life. This time, she would take a chance on love.
As if blessed by the heavens, she had unexpectedly been given a spatial superpower, with which she hoarded resources that would sustain her in the apocalypse.
When the world changed in an instant on Doomsday, and hordes of flesh-eating zombies roamed the place, she set off on a dangerous journey to find him, determined to alter the course of events that unfolded and change what happened in the past.
Characters: Su Shanshan (beautiful, cold, proficient at martial arts), Gu Jincheng (rich, brilliant, awkward in affairs of the heart)

I Became the Male Lead’s Stepmother After Transmigrating

The Promise Sealed with Our Lips