Rebirth of the Wolfish Silkpants Bottom 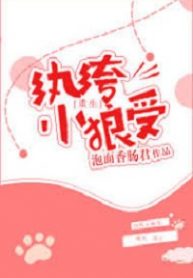 [The gong (seme) and shou (uke) have no blood relation, are also not in the same household register, do not share a father nor a mother, this is a serious declaration. ] In this life, Shu Ning was a joke, even to his death. Treated as a stepping stone by his biological mother, opening a path for his younger brother, only to realise all this when dying.The Shu Ning who was thirsting for maternal love was always extremely hardworking, acting as a well-behaved child in front of his father, while fighting with his elder brother, although his IQ was not high, he still played dirty tricks to the utmost. Constantly being encouraged by his mother’s warm feelings, the more he obstructed his elder brother, the more brave he got. When he met with a mishap, his mother took his younger brother and escaped to a faraway place, leaving Shu Ning alone to bear the crime and get thrown into jail.

Love is more solid than gold, his lover decided to embrace another man.

Attaching a great importance to friendship, not only did they take the time to visit Shu Ning in jail and laugh at him, they even rubbed salt in the wound.

His most loved and respected mother did not even bother to show her face.

However, when he closed his eyes, his elder brother came. Truth was, it was Shu Heng who had arranged for him to be able to live comfortably in prison.

If he hadn’t followed them, and was a clever little brother, would it all have changed? In the blink of an eye, Shu Ning returned to the time where he was a junior high school student.

Elder brother thinks that younger brother is very cute, very adorable, very soft, how could he be this close to the ideal?

To prevent his elder brother from thinking that Shu Ning was after the company, Shu Ning relied on memories from his previous life to earn a bit of money, becoming financially independent while being a silkpants, also slowly raising that soft and immature elder brother, Shu Ning felt that these days were just too comfortable, however… … Why is elder brother becoming more and more strange? What is this sleeping together for warmth? What is this good morning and good night kiss? Do you really take me for a brat? Σ( ° △ °|||)︴

The Demonic King Chases His Wife: The Rebellious Good-for-Nothing Miss