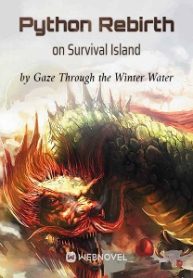 Gaze Through the Winter Water

After being set up, Ye Bei succumbed to his injuries and died.
He awakened, only to realize that he had transmigrated into a python on a deserted island!
In order to survive and avenge himself, Ye Bei began to evolve step by step from a small python.
Now, placed in the Amazon jungle, death awaited him at every turn.
Giant Pythons that could swallow the sky, Golden Beasts, massive dragons of old, real dragons…!
And this was only just the beginning–
Consuming prey triggered evolution. Hence, he continuously consumed prey to evolve even further!
It didn’t matter if they were Captain America, the Hulk, Alien, Predator, Ultraman, Godzilla, Superman…