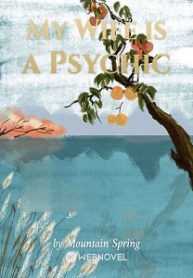 Jiang Xi, the warden of a mental asylum, transmigrated one day and became a girl from a farming village who had three engagements annulled and hanged herself three times. Jiang Xi: That’s ridiculous!Jiang Xi was a psychic who could make predictions come true just by talking. If she claimed that someone’s house would collapse, it would collapse the next day, even if it was structurally sound. In her previous life, her predictions were a little too real for her family. They were spooked by her abilities and left her at that asylum. She was unconcerned and adapted to life there like a duck to water. Though she managed to get promoted to warden after much difficulty, she suddenly transmigrated, and everything was suddenly the way it was before. She studied her leaking house and sighed to herself. Whatever. She would live life one day at a time, then.When her mother clumsily ruined the family’s crops, Jiang Xi assured her: They would be fine tomorrow.Her mother wiped her tears and woke up the following day to check on the crops… only to find that the ruined sprouts were budding! During the dry season, Jiang Xi’s father stared dolefully at the crops that looked like they were going to wither and die. Jiang Xi simply pursed her lips and said: There will be a downpour soon.Jiang Xi’s father doubted her words. But three days later, a downpour came, and he looked just like a happy child.Everyone in the village began to call Jiang Xi a lucky star, and the village head was willing to yield his position to her so that she would lead the village to riches. Bachelors proposed to her and came to her house with generous gifts even though they used to scorn her, but a tanned, muscular man with rough facial features stood in their way before they could reach the Jiangs’ house.Zhao Xiping pointed at Jiang Xi and declared loudly: My wife! Mine!

The Tales of a Blessed Daughter