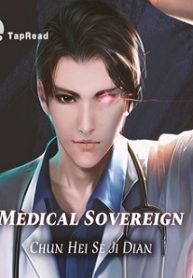 Ding Ning was just an ordinary youngster from a small border town in southwest China, but he had learned tremendous medical skills from his masters since his childhood. After graduating from college, he stayed in Ninghai City and tried to seek a job in a hospital there, but things did not go well at first. However, he accidentally saved Shen Muqing who was from a rich and powerful family, and then got involved in the confrontation between Ninghai special police team and a mysterious organization called Vampire Mercenary Group in order to protect Ling Yun who was his landlord’s daughter. It became the turning point of his life. After that, he started an incredible adventure during which he would find out the real identities of his father and masters and discover the secrets behind the mysterious organization Vampire Mercenary Group and the special weapons and tactics team Dragon Soul…
The story tells about how he opened nine apertures, fought with rogues, chased after various pretty girls and established a rich and powerful family by himself. He climbed up to the peak of his life step by step, and finally became medical sovereign.

Slimes Can Dream Too!

Advent of the Archmage

The Cry of the Phoenix Which Reached the Ninth Heaven