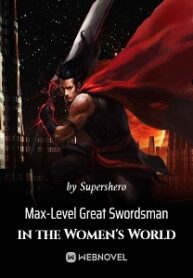 As a great swordsman who had reached the top level of 999, Lin Feng was hailed as the best swordsman cultivator that the World of the Nine Continents had seen in a thousand years. His sword techniques were exceptional and exquisite.
However, just as he was about to able to enjoy a leisure life, he welcomed another transmigration.
This time, he had transmigrated into a female-dominated world. Women were responsible for providing for the family while men just had to look pretty.
On his first day of school, Lin Feng received confessions from two rich, beautiful and wealthy girls. The first even promised him a comfortable life as long as he obeys her.
A max-level swordsman in his previous life, Lin Feng would never allow himself to depend on a girl. Thus, he set out on his cultivation journey once again. He would forge a world for men in this matriarchal society.

Losing Money to Be a Tycoon