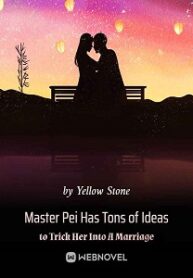 After witnessing her fiancé sleeping with another woman, Su Yu got herself drunk at a bar out of sadness and rage. At the end of the night, she accidentally slept with a ‘poor scoundrel’. This poor scoundrel was stubborn, always hounding after her to take responsibility after their night together.   Pei Tianlin said, “You took my first time, so you should take responsibility.”   Su Yu flew into a rage. “That was my first time too!”   Pei Tianlin retorted, “Then I’ll take responsibility. Let’s get married.”   Su Yu was flabbergasted. “Dream on!”
She had a feeling she was being tricked by the poor scoundrel, but he didn’t want money or assets. He just wanted a marriage certificate. Su Yu gritted her teeth in anger. “It’s just a marriage certificate! Sure, let’s go get it!” When her fiancé heard that she was marrying a poor scoundrel, he kept trying to persuade her.
“Yu Yu, I know that I hurt you, but you can’t ruin yourself by marrying a poor scoundrel out of spite. If you’re willing, I can marry you.”
Su Yu scoffed. “Go marry your mother!”
Who knew that on the second day of Su Yu’s marriage to Pei Tianlin, countless jewelry pieces, diamonds, high-quality custom-made clothes, luxury cars, and deeds to extravagant manors were delivered to Su Yu. The ‘poor scoundrel’ suddenly became a domineering CEO who spoiled Su Yu to no end.
Rumor had it that Pei Corporation’s mysterious CEO, Pei Tianlin, was a germaphobe. But when Su Yu was eating grapes, he obediently extended his hand to catch the grape seeds she spat out. Rumor had it that Pei Corporation’s mysterious CEO was aloof and difficult to get close to. However, he was nothing but gentle in front of Su Yu. Rumor had it that Pei Tianlin was a fair and unbiased man. But he would break the rules just to protect his wife, Su Yu. Justice and law were nothing compare to his wife!

Young Master Qin Keeps Coveting Me After I Beat Him Up