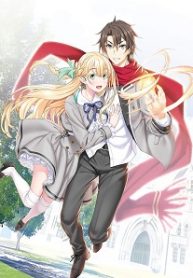 Magical★Explorer - I Reincarnated as an Eroge Protagonist's Friend, But Using my Knowledge of the Game I Decided to Live Freely Magical★Explorer – It seems I have become a Friend of the Protagonist in an Eroge World, but because Magic is fun I have abandoned the role and train myself. マジカル★エクスプローラー エロゲの友人キャラに転生したけど、ゲーム知識使って自由に生きる

There’s a legendary Bishoujo Game that has become popular among Japanese gentlemen.

The game’s protagonist has a cheat-like power with12 different beautiful heroines to flirt with, including additional 12 heroines from the DLC, a harem of 24 beauties. I have become that protagonist!………………Not, instead I have become the third-wheel character who always laughing like an idiot next to him.

Of course I was in despair at first.

Of course. If I am the protagonist I could have all 24 heroines for myself along with unparalleled cheat power. However, since I am the third-wheel there’s no heroine that would lay their eyes on me.

But now I couldn’t care less about the protagonist and his heroines. Why? Because I discovered magic. While I was using it, I have become interested in it. I want to master it. I want to become the strongest. Thus I have decided.

I would abandon half my role as a protagonist’s friend to train my magic and then I would beat the hell out of that cheat who can solo the Demon King.

………..I was training with that thought in mind, but somehow I keep getting closer to the heroines and furthermore, I don’t know why I keep encounter events like I am some Eroge’s protagonist.

All My Beasts are Legendary

I Just Want To Slack off In Cultivation

Starting With One Million Luck Points