I Woke the Sick and Disabled Prince on Our Wedding Night 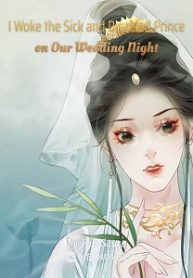 I Woke the Sick and Disabled Prince on Our Wedding Night

# PRINCE # ESCAPEFAMINE
Lin Suisui, the legendary doctor of Medicine King Valley, saved countless lives during her life, but in the end, she died a tragic death when an arrow pierced her chest. When she opened her eyes once more, she had become the crown princess who had just married into the East Palace! Standing before her was a lackey eunuch who was going to kick her while she was down, and behind her was a sickly prince who was severely injured and unconscious…In desperation, Lin Suisui turned and kissed her husband’s thin lips with tears in her eyes…***Lu Ze, the crown prince of the Great Xia Dynasty, was the pride of the heavens. He was in charge of the frontier warriors, the unbeatable and invincible god of war! When the palace changed hands, he was seriously poisoned and falsely accused of treason. When he next opened his eyes, he was met with a bed with red decorations and the word “double happiness” everywhere. The crown princess, who called him her husband in tears, was clutching a gold hairpin in hand as she stabbed the evil eunuch in the neck. The violent and ruthless man didn’t know why he felt a surge of protectiveness towards her, and he never imagined that he would end up wanting to protect her for a lifetime!

My Online Girlfriend Is The Nine Heaven Divine Phoenix

The Wife of the Wealthy Family Is Fierce and Cute.