I Pick Up A Bunch Of Attributes 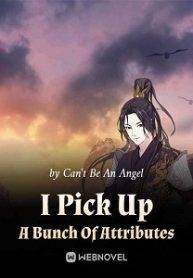 Can't Be An Angel

Can't Be An Angel

I Pick Up A Bunch Of Attributes

Feng Xia transmigrated to a fantasy world. This was the era when spiritual auras were exhausted, various scriptures were lost, and all cultivation techniques failed to aid the cultivators in improving. Feng Xia discovered that he had a superpower of attributes, but something seemed off.
He killed a Black Jade Spider by stepping on it. [Spider Maiden x1] dropped.
He defeated a strong opponent that qualified as a Great Emperor. [Teenage Great Emperor x1] dropped.
He was in a fight with a goddess for three days and three nights. [Mysterious Young Girl x1] dropped.
“Daddy,” a young girl greeted him in a sweet voice. Feng Xia was struck dumb.

Dawn of the Void – a LitRPG Apocalypse

Binding to Geniuses To Become Stronger