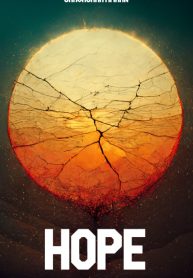 Fight the same war for countless more aeons. Shatter the Betrayer’s undead legions time and time again until all was ground to dust. Because the endless legions truly never end. A hair’s breath of ground in a century is enough if the war takes all of eternity.

Or to choose Hope. To cast away his memories, his power, his very life. To wager everything on a chance to prevent their eventual end or to perish trying. Because if he were to return it would be with the power necessary to finally slay what remains of the Betrayer. Of the last Aspect. Only then would all things be right.

And so, he chose the latter.

Expect:
Weak to strong quick-ish.
Powerful MC reincarnates, gradually starts regaining memories.
MC that is an actual character not a plot device.
My original unique magic system discovered along with the MC.
My original setting with mythos that have both been living rent free in my head for actual years.
Opening arc will be less fast than the following story.

Good writing (I think) and grammar.

Upload schedulle: 2 chapters a week of 3-4k words each. I want to upscale to 3 in the future.

Meant to be read in RR dark mode.

For those coming here from my other stories, this is indeed a reimagining of my older story, CotM. I say reimagining because I have changed so much it cannot be called just a rewrite. Among the major changes, MC is fundamentally different in personality and background, I have actually planned the story out and changed it almost completely and I have adjusted my mythos so it no longer has as many holes as swiss cheese.

Master Of Martial Arts Has An Advanced Optical Brain