Heavenly Dao Rankings: I Am Exposed As The Sword God 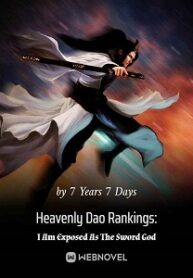 Heavenly Dao Rankings: I Am Exposed As The Sword God

Li Yu transmigrated to a world of the cultivation and martial arts. He became the head disciple of a low-ranking sect.
Coinciding with the decline of the righteous Path, demons rampaged across a chaotic world. He planned to train until he was invincible before leaving the mountain.
However, when he was 17, the Heavenly Dao Rankings suddenly descended upon the world. Whoever made the rankings would receive the rewards of the Heavenly Dao. This shocked the world.
What was even more shocking was that the person who placed first on the Hidden Dragon Rankings was Li Yu from an unknown sect!!!
Overnight, Li Yu became famous all over the world.
However, this was only the beginning. When the Divine Weapon Rankings, Blood Physique Rankings, Natural Oddities Rankings, Sons of Heaven Rankings, Sect Rankings and many more appeared one after another, the entire world was astonished!

Mrs. Huo is a Crybaby