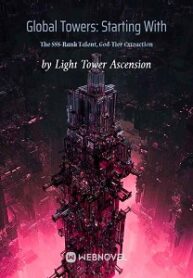 # SSS # COPY
This was the apocalypse. Humanity was at the brink of extinction, all resources were exhausted, and the entire world was in ruins.
Just then, enormous, mysterious black towers appeared in various locations across the globe.
Inside the towers, there were huge amounts of resources. The greater the number of floors of the towers, the more resources it contained. However, corresponding to that, there were also more powerful beasts protecting them.
The only way for one to obtain what he desires is to become stronger and defeat them.
As such, at the demand of the Global Federal Government, teenagers who are of age have to go to the towers to awaken their talents.
Liu yan, who had transmigrated here, awakened the SSS-rank talent: “God-tier Extraction.”
Extract the impurities, and increase the power level of his equipment.
Extract the beasts, and obtain resources to level up.
Until one day, he realized that he could extract the stats and talents of other people…
This marked the beginning of Liu yan’s journey of endless harvesting.

Returning from the Immortal World

Zero To Hero In The Martial Arts Library