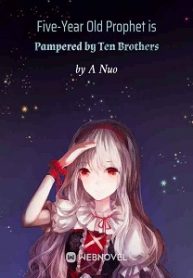 The youngest in the Torres family was born sickly. She was sent to the Mystic Church for foster care at the age of one. Four years later, it was rumored that she was going to be brought back.

The sons of the Torres household all expressed their opinions.

Her first brother said, “I don’t like her! I don’t want a sister!”

Her second brother said, “He-he, we can tease her. I hope she can be a little unyielding. Then we can play fun tricks on her.”

Her third brother said, “What sister? Who is that? I don’t even know her!”

Lauren, the girl sent to the church, was not acknowledged by her brothers.

Before she came back, she was ostracized by her brothers. Everyone thought that Lauren would be bullied every day when she returned home.

However, at Lauren’s fifth birthday party, strange things happened. The first brother who was stern and ruthless actually let her sit on his shoulders. And the second brother who liked to mess with others and bully others was actually busy looking after her. He was even more considerate than a maid. Those who liked to speak ill of Lauren were all ruthlessly taught a lesson by her brothers. They even declared, “No one can speak ill of her. Otherwise, they will become enemies of the Torres family.”

Accepting My Massive Inheritance After Divorce

Rebirth of a Movie Star