Fantasy: I Can Instantly Comprehend Everything 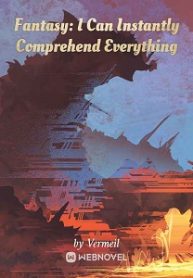 Fantasy: I Can Instantly Comprehend Everything

Zhou Yun transmigrated to a fantasy world and was bound to the God Tier Epiphany System. He could enter into a state of meditation and achieve epiphanies that others desired regardless of what he did.
Other cultivators immersed themselves fully in hardcore training in order to achieve some improvements in their swordsmanship.
On the other hand, Zhou Yun achieved enlightenment in swordsmanship by merely picking up a sword and playing with it a little. His swordsmanship attained perfection in an instant.
Other cultivators trained hard in order to break through to the next plane.
Zhou Yun merely swept a glance at the fallen leaves in the courtyard. Then, he had an epiphany and broke through to the next plane on the spot. He had insights into everything in the world, and his rate of plane progression skyrocketed.
When other cultivators finally became powerful existences after going through various hardships, Zhou Yun had already become the supreme existence through having countless epiphanies.

Transmigrated As My Former Uncle’s Sweetheart

This Earth Is A Bit Fearsome