Extracting Billions Of Toxins And Tempering An Unsullied Body 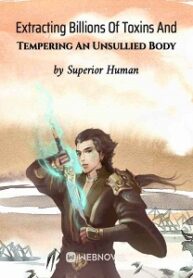 Extracting Billions Of Toxins And Tempering An Unsullied Body

#extract #rapiddevelopment
Gu Xi transmigrated to a fantasy world where strength was exalted. He was weak from a young age and was detested by his own clan.
Thankfully, he was bound to the Infinite Extraction System.
With the system, he could analyze anything and discover its weaknesses. He could also extract their impurities and repair their flaws.
Therefore, he extracted the billions of toxins from his own body and tempered a unique Unsullied Body, which put him in the best physical condition for cultivation.
His abilities improved by leaps and bounds.
What would he do if he lacked martial arts techniques?
[Ding! 99 million flaws are detected in the Sword Drawing Technique, a basic martial arts technique. The flaws have been repaired automatically and it has become the One Sword Immortal Kneels, a divine-grade cultivation technique.]
[Ding! 50 million flaws are detected in the waste left in the cauldron. The flaws have been repaired automatically and it has become the Pill of Great Enlightenment, a supreme-grade medicinal pill.]
[Ding! A hint of the divine beast bloodline is detected in White Fox, the Familiar Beast. The impurities in its body have been extracted automatically and it has evolved into the Nine-tailed Celestial Fox.]
As such, Gu Xi turned all junk into treasures and he was on an easy journey to become the mightiest in the world.

The Favored Son of Heaven