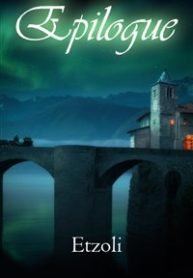 In the war-torn land of Cyraveil, four heroes strove to overthrow an empire. By cold steel and elemental sorcery, they brought peace to a warring land on the brink of destruction. As the flames died, the realm needed strong leadership, and who better than the champions who had saved the kingdom? But when the people sought out their saviors… they vanished.

Matt, Blake, Jen, and Carl: the four mysterious companions, who together had deposed an insane ruler and saved countless lives, were gone—spirited back in a whirlwind of magic to a sleepy suburb in Mellbridge, Oregon, never to return. The friends found themselves home in the real world, exactly as they’d been the night they were taken, as if no time had passed… except only three came back.

Hi there! This was my entry for National Novel Writing Month, because why only write one series at a time? The more the merrier! (meanwhile, my keyboard bursts into flames…)

I’m also the writer of The Last Science, an ongoing low-fantasy/speculative sci-fi series. If you’re familiar with that, you know what to expect here: lots of character-focused drama and dialogue, not a whole lot of traditional action. However, I’m writing a bit differently than usual here, and in a very different structure, so there should be some surprises for returning readers. I hope you enjoy it!

[Discord] — for those of you who want to hang out and chat.

Cover art (fullsize): Path of Revelation, by taenaron (Tobias Roetsch), modified by Etzoli. Normally I like to do my own cover art from scratch, but I was in a rush for the contest. Might be replaced down the line if I get time.

This Used to be About Dungeons