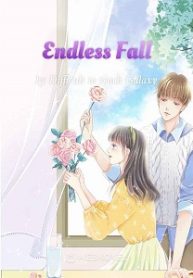 # 1V1 # HAPPYENDING # THERAPEUTIC # SWEETANDCOOL
Lin Jiao and Gu Quan have been in a relationship for two years. For his sake, she played the good and obedient little lady, willing to be as humble as possible. She thought that Gu Quan loved her as much as she did.But at a party, she heard him say to someone, “Lin Jiao is very nice, but she’s not her.”It was only then that Lin Jiao realized how ridiculous she must seem to others. She left behind all the resentment and obsession and sadly exited the stage as he had a sweetheart he could not forget.***Later, Gu Quan was remorseful, and managed to find Lin Jiao. He grabbed her hand tightly and said in a hoarse, pained voice, “Jiaojiao, forgive me, okay?” He was hoping that she would forgive him easily as she had always done. However, he was alarmed when a certain figure walked into his line of sight.“Darling,” he said as he pulled Lin Jiao backward, giving Gu Quan a smug look. He leaned over to Lin Jiao, touching her face softly. “Let’s continue?”

The True Mistress Has A Thousand Hidden Identities

Rebirth of the Heavenly Empress