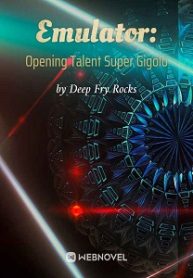 # SPIRITENERGY #RELAXED #GODDESS
“Lin Changan, you don’t want to get forced to marry a person, right?” a gorgeous young lady asked as she put a Slave Contract in front of Lin Changan.
Lin Changan was in complete desperation when he received the Emulator System which allowed him to simulate his life.
After each simulation, he could choose to either gain a talent, a realm, battle experience, cultivation, or part of the memory from the simulation.
“You have rejected the Slave Contract and were killed in the Underground City by a love rival.”
“You have chosen the talent, Live a Hard Life.”
“At age 22, your sick junior confessed her love to you and you rejected her. That made her hate you and she poisoned you to death.”
“You have chosen the talent, Complete Poison Immunity.”
“At age 24, you were killed during the monsters’ attack.”
“You have chosen the realm and have gathered the Star Power.”
“At age 24, you fought the monsters’ attack as a general but still died in the end.”
“You have chosen the talent, Restlessness.”
“At age 24, you fought the monsters in the front line but you have exhausted your spirit energy…”
After countless simulations, even the slightest move Lin Changan made could shake the entire world.
“Simulation begins.”
“You are now invincible.”

I Turn Out to Be a Grand Master