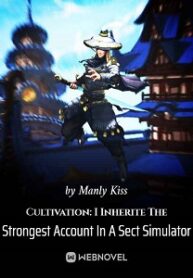 Jiang Yining was transmigrated to a cultivation world and became the master of the Tianyan Sect.
Unfortunately, the sect was broke and he only had three disciples. Just as everything was about to fall even further apart, he received the Golden Finger.
To make it even more interesting, the Golden Finger was an idle cultivation game that Jiang Yining had played in his previous world.
[Welcome back, long-time player. You will inherit your old account that has been idled for a million years.]
From the game, Jiang Yining could receive martial arts, resources, fates, buildings, skills, and even spiritual roots from checking in and completing quests.
He vowed that he would use the rewards to grow his own sect.
In the world of cultivation existed prestigious families, sects, kingdoms, and even celestial sects. Everyone’s goal was to ascend to a celestial being.
However, years later, Jiang Yining and his Tianyan Sect sat on the Long River and looked down at the people still struggling in the celestial realm.

Back to the Apocalypse

I’m Cultivating Immortality While Everyone Else Practices Martial Arts