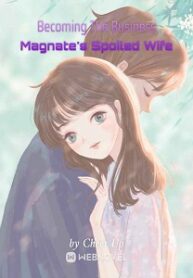 Qu Xiao unexpectedly transmigrated as the spoiled wife of a business magnate. Despite her good fortune, the original owner of her body failed to see that, and helped her maiden family to conspire against the magnate, even trying to divorce him and elope with a scumbag ex-boyfriend!

Rolling her eyes in frustration with one hand on the divorce papers, Qu Xiao simply leaped into the magnate’s arms while crying, “I would not divorce you!”

Qu Xiao nodded fervently, and having the full script in hand, she wielded her omniscience as she wiped out all scumbags.

Her ex was trying to seduce her? She sent him some hookers and secured compromising photographs of him, and sent him directly to the precinct!

Her maiden family wanted the Shang family’s stocks? She took their company instead!

“Darling, you seem different from before!”

Qu Xiao stared at the man before her, and swore to pamper him and love him in the place of the original owner of her body! She would protect the stoic magnate!

My Wife Is a Transmigrated Master Cultivator