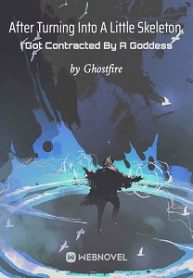 # petbeast
I, Zhou Mingrui, transmigrated to an alternate world and became an ordinary little skeleton.
I received a system at the start which made me more powerful whenever I killed an enemy.
I can draw the health, mana, and other stats from the dead.
Every 10 levels, I can also awaken a talent.
Level 10: The Book of the Dead.
All incantation time for Undead Spells is shortened by half, and their effects are increased twofold.
Level 20: Skeleton Armor.
Build weapons and armor that are suitable for the user using skeletons. Weapons can be upgraded when the user’s level increases, while the armor can be upgraded to increase its immunity against all negative effects.
Level 30: Soul Summoning From River Lethe.
The user can summon dark creatures. The maximum number of summons increase with the user’s level. The summoned creatures’ stats are increased significantly.
…
I, Yan Wuyue, leader of the human. I am crowned the [Goddess of Savior] by the people of this world.
I reincarnated 30 years before the apocalypse. I have to get stronger in order to change history and save humanity.
So, my initial summon monster is extremely important.
I thought I could sign a contract with a dragon, a phoenix, an angel, or some other creature from the ancient myths.
But when that ordinary, unassuming little skeleton fell from the sky…
I was plunged into despair.
Even the most ordinary sorcerer could summon a ton of these things with a wave of his hand!

I Stayed At Home For A Century, When I Emerged I Was Invincible