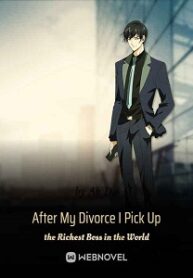 Jiang Zhi was a good person in her past life. She was so good that she was placed on a pedestal and married a scumbag for the sake of her family’s fate. It was a painful life, but in the end, her family still felt that she did not do well enough.

When given a chance to start over, Jiang Zhi expressed that she would reject emotional blackmail and choose her own fate!

Father Jiang, “Your husband likes to watch beautiful women dance. Do you want to go get lessons?”

Jiang Zhi smiled and nodded. The next day, she went to apply for a boxing class and beat up the scumbag at the red-light district.

Stepsister, “Hey, stop working out. Only by being as weak as me can men have the desire to protect you.”

Jiang Zhi smiled. “I can beat ten weaklings like you with one hand.”

The divorce and face-slapping happened in one go. Jiang Zhi became an anomaly in the family, causing panic and eventually being expelled from the family.

Everyone was waiting for her to come back crying and beg for mercy.

However, surprisingly, Jiang Zhi, who had left home alone, was doing very well. She started a company, invested in it, and managed celebrities… She even picked up a handsome little celebrity to raise.

The little celebrity was destitute, but he actually had the constitution of a koi fish. Ever since she picked him up, Jiang Zhi was lucky and her business went smoothly. She even had fewer enemies.

But… her waist was hurting too.

Seeing that it was getting better after Jiang Zhi’s divorce, the wealthy ladies were extremely jealous.

Later on, Jiang Zhi became the big boss of the Beijing circle. Her family kept sending her candidates and asking her to choose a marriage partner.

Jiang Zhi waved his hand in frustration. “You want me to marry you? Unless you’re the richest man.”

The next day, a photo of the mysterious richest man in the country was taken and trending.

Why did this photo look more and more like the little celebrity beside her?

The next second, Jiang Zhi was pinned down on the bed by the man. “I’ve been with you for two lifetimes. When will I be able to become a full-time employee?”

The Tempestuous Consort – Wilfully Pampered by the Beastly Highness