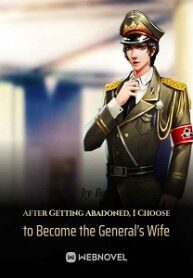 In the hospital, Fang Ya lay on the cold bed. As she did not have the money for surgery, she could only watch as her life slowly faded away.

On her deathbed, looking back on her life, she relived all of her regrets.

What she regretted the most was that she had chosen to leave her marriage with nothing and refused all the assets given to her by her nouveau riche ex-husband.

Darkness enveloped her. When she woke again, she found herself reborn.

She was reborn in the year when her nouveau riche ex-husband abandoned her and making ends meet with their daughter.

She could not believe it. She had once prayed to God, and God seemed to have answered her prayers—He gave her a second chance!

This time, she did not reject the property distribution from her nouveau riche ex-husband. She took the nine-digit sum of money as well as a set of courtyard houses in the capital city.

In this life, she would give her daughter a luxurious life. They would no longer be homeless and destitute. She would no longer have to give up her life because she had no money.

Not long after the divorce, she met He Feng coincidentally.

At this time, He Feng had just returned from the European battlefield. He returned home with dazzling military achievements, only to receive a divorce agreement from his wife.

In the few years that he was on the battlefield, his wife had already fallen in love with someone else, and that person was rather rich too.

He Feng brought his child to the city where Fang Ya was working and took up a position in the Public Security Department.

Someone introduced him to Fang Ya and wanted to matchmake them.

Fang Ya, who was reborn, knew He Feng’s entire life experience. In a few decades, he would be a five-star admiral with immense power and battle achievements.

Moreover, after the divorce, he never remarried. It was said that he was hurt by love. His loyalty would not allow him to trust any other woman.

During the blind date, the tall and stern man appeared to be a little taciturn.

Fang Ya knew that He Feng only planned to remarry because of his child. He did not want his child to follow him everywhere on his military travels.

Once he settled down, he probably would not even consider marriage anymore.

Without much hesitation, Fang Ya agreed. He Feng was a good man and was worth marrying.

Female protagonist: Reincarnated in her later years and experienced all the vicissitudes of life. After marriage, she assisted the male protagonist to overcome obstacles based on memories from her past life. She also assisted him to ascend to the peak of power smoothly.

The male protagonist: An ordinary man who was a member of the special forces. From the most ordinary soldier, he transformed into a man who eventually became the general of the Empire.

(You are reading novel on Novelete.com)
Show more

I Become Invincible By Signing In

Ma’am You Have Been Uncovered