After Favorability Is Maxed 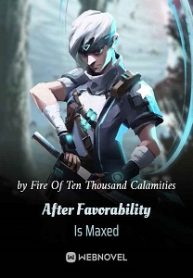 After My Favorability Level Is Up to the Top 好感度刷满之后

After Favorability Is Maxed

Liu Yuan transmigrated into the world of a Xianxia online game named “Shang Yang” after he maxed out the stats for all the playable characters in the game.
Liu Yuan barked, “Usually, people receive a system or cheats when they transmigrate to another world. What am I supposed to do with this illustrated handbook? And I can only target female characters?”
For the sake of survival and becoming stronger, Liu Yuan once again embarked on the journey of gaining the favorability of NPCs. As such, the most despicable liar and outstanding lover in the history of Shang Yang Realm was born.

The Chronicles of the Immortal God

Painting of the Nine Immortals