A Delightful Marriage with Twins 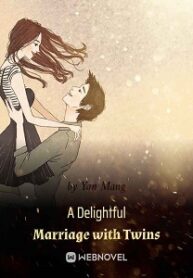 A Delightful Marriage with Twins

For He Yi, life was like a coffee table laid with all sorts of coffee mugs resembling her misfortunes. She lost her virtue and had a premarital pregnancy—without knowing the father’s identity—right before her engagement. Her father passed away due to a heart attack when his company wound up. At that point, He Yi’s child was one-month-old and the culprit behind these tragedies was her trusted husband.
Under despair and rage, she drove toward her nemesis to knock him down. That had resulted in her becoming a destitute divorcee who could not afford proper meals after she had finished serving her sentence in prison five years later. She lost everything and her child was snatched away by her nemesis.
Her ex-husband eventually married his mistress who was contemptuous of her. “How are you able to live with this? I’d die much earlier if I were you.”
He Yi only gave a slight cold smile. “The reason I’m still alive is to witness how you go to Hell!”

I Transmigrate as a Single Mother of the Three Antagonists