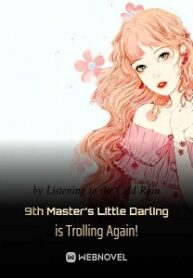 Listening to the Cold Rain

After her rebirth, Qin Yiyi became the daughter of the Qin Family once again. It’s just that her parents didn’t love her.

What? She had no education, no ability, no brain, and was not as smart and clever as Second Miss Qin?

Over the past year, she had gotten sick of being a top student at the piano and accidentally became an ancient cultural endorser while also somehow receiving a doctorate and accepted a professor as her disciple…

Ancient martial arts family had this to say, “Qin Yiyi is my little grandaunt. If you bully her, you’re going against the ancient martial world!”

9th master chuckled. As he looked around, his thin lips curled up slightly. “Everyone, do you think I’m dead?”

The World Is Ending And I Am Surrounded By Female Zombies

My Maids Are All Antagonists!

My Identities Were All Exposed After I Was Pampered by Everyone at My Grandfather’s House!

Apotheosis of a Demon – A Monster Evolution Story